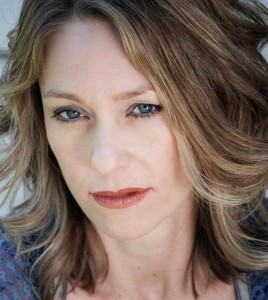 A Tennessee Native with Gypsy Roots, I’ve Been Everywhere, Man.

I grew-up around music and was greatly influenced from an early age.  I played piano as a kid and picked up the guitar in my 20’s. My life has always revolved around music.

I’m very much my father’s daughter. One of my earliest memories is of me dancing to Simon & Garfunkel’s “Cecilia,” putting on a show.  It’s just what we did, Dad and I.  As a little girl, I remember Dad picking me up and dancing around the house with me to records on the stereo.  We had a bedtime ritual where we danced around my room to my snoopy music box while I laughed and laughed.

My Dad was a connoisseur of great music. He was also a foodie, a storyteller, a patriot and a songwriter.  He loved people and especially making them laugh.  His family was the most important thing in his life. He took us everywhere. We moved all around the south when I was really young and settled in Louisville, which I consider to be my hometown.

Life has a funny way of blowing you around like the wind while you’re “making plans.” After living out west in Tucson, AZ for a while and Vermont, I settled in Nashville and it feels very much like home.  I didn’t start writing my own music until later in life and was inspired to perform and share it with the world.  I love to travel to anywhere there’s a beach and I love the west.  I felt at home there too but I like being closer to my family living in Nashville.

I love East Nashville, which is full of creative people.  The area I’m in is a revitalized area of Nashville with some great, homey venues like “The Family Wash ” and “Mad Donnas” (where I had my CD release show).  I love “Mercy Lounge”, “3rd & Lindsley.”  I’d like to play at the “Basement East,” a new venue in East Nashville.  Of course the “Ryman” is the ultimate place to see a show.

I love discovering new independent artists.  Some recent favorites are Brandi Carlile, Grace Potter, Andra Day, the Wood Brothers. I could go on and on and on……
I’m a lover of good conversation and good storytelling. I’m a patriot and a songwriter.

Yes, I am my father’s daughter.